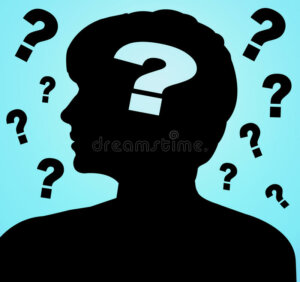 The primary season has been so tumultuous we have missed a glaring development: Joe Biden is indeed the winner and will be the Democrat nominee for president come November. Bernie Sanders has already stated that the candidate receiving a plurality of votes (not majority) should be the candidate. In that Biden is ahead of Bernie in delegate count and that the former looks strong in most of the major remaining states — Arizona, Florida, Georgia, Illinois, Michigan, New York, Ohio and Pennsylvania — Biden will surely get the plurality of the delegates, if not the outright majority. That said, because Democrat state primaries and caucuses are proportional, not winner-take-all, it might take some time Biden for to accrue the necessary delegate count. But he will get to the magic number. Then what?

Biden’s pick for running mate is the most consequential decision he’ll make. It is expected that Biden, at his advanced age, will be a one-term president. So voters will look at his running mate as the likely front-runner for the White House in 2024, if not the actual presidency in 2025. In a way, Biden will act as a placeholder for the Democrats. It is a remarkable final act in his remarkable political life.

In addition to the exalted status of being instantly in line for the White House, Biden’s vice presidential pick needs to generate votes on her own in key battleground states. I write “her” because gender has been a most significant story line for the Democrats. Though it seems some Democrats have forgotten that Hillary Clinton was their nominee in 2016, there has still been an accusatory tone by some that Democrats have forgotten women in 2020. They point to the demise of multiple women candidates, not taking into account that more men lost than women. Still, the Democrats need women, the majority of voters, enthusiastic going into November. More important, there are numerous qualified women to become our next vice president and possibly our first woman president. So, whom should Biden choose?

With her endorsement of Biden today, California Senator Kamala Harris is being mentioned as a possible vice presidential nominee. She checks off two boxes, being a woman and being black. But she has two major downsides. First, California is a gimme for the Democrats; they don’t need Harris to win it. So when looking at Harris, where exactly does she help the ticket get votes? Coastal candidates tend to polarize; they’re suspect in the Midwest and South. The second downside to Harris is that she was more of a divisive candidate than a unifying one, the opposite of the Biden brand.

Some will push for former Georgia House Representative Stacey Abrams, she having run a strong campaign for governor, being African American and a woman. But when stepping back for a moment, do we really want a vice president whose only political office held was that of a state representative? Abrams might be a future star for the Democrats but not today.

A sleeper candidate for vice president would be Gretchen Whitmer, the governor of Michigan. Whitmer is largely an unknown outside the state, but Michigan is a must-win state. She would help win it.

But the choice for Biden’s running mate should be Minnesota Senator Amy Klobuchar. She and Biden are both unifying, center-left politicians. Klobuchar also has the most impressive resume of experience and of winning. Other than not receiving the nod to be the Democrats’ presidential nominee this year, she has swept all her other elections. Most impressive is that she consistently won Trump districts in 2016 on her path to a runaway victory and has credibility in key states of the Midwest, Wisconsin, Michigan and Ohio. She is also an excellent and tireless campaigner and proven herself on the national stage during the Kavanaugh hearings. A Biden-Klobuchar ticket would win back Michigan, Wisconsin and Ohio, as the Democrats would not just win, but win big in November.