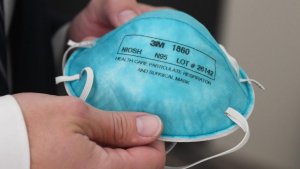 Coronavirus in the United States, at this moment, has likely surpassed the number of people killed on 9-11. It also seems that the health experts are trying to prepare us for possibly over 100,000 deaths before this stage of coronavirus is in the rearview mirror. But whether it’s 100,000, 25,000 or 200,000, it is catastrophic and almost certainly to surpass the number of deaths in any other country. Why?

As everyone knows, it was just a few weeks ago that Trump and his enablers, be they his D-level cabinet members or his media propagandists nestled at Fox, were calling coronavirus a hoax and that it would magically disappear, that those warning of the upcoming peril were from the deep state with ulterior motives. In time though, begrudgingly, even the intellectually challenged Trump had to admit the coronavirus was a real threat. This is when the petulant child switched gears and decided a racist tact of calling it the Chinese virus was a way to rally his ignorant backers. Some of these same backers have vilified the heroic Dr. Anthony Fauci for telling the truth because it might damage the fragile ego of their dear leader. The delay in acting and the downplaying of the risk have caused and will cause more Americans to die. To die. Now, and ironically so, the only group who has helped Trump and will continue to help him are the experts…the deep state.

The late Daniel Patrick Moynihan famously said that everyone is entitled to their own opinion but not their own facts. Because Trump and his apologists have derided science and facts for their own dysfunctional emotional gains, more Americans have died and will die. There are not somehow two sides to causing more deaths, whether by self-serving actions (or lack thereof) or by total and utter incompetence. The fact is Trump has never been fit for office. And now we see it’s so much more than politics as usual. It is literally a matter of life and, increasingly so…death.