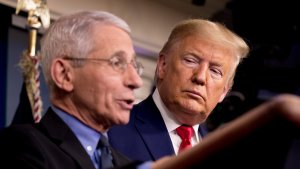 Even for the Trump contingent, these were unfathomable lows. First, Donny Junior insinuated that Joe Biden was a pedophile and then said he was just joking. Hilarious.

Later, his daddy slandered a politician-turned-pundit by inferring he was a murderer. Seriously, you can’t make this vile insanity up. At least a few Republicans, such as Liz Cheney and Mitt Romney, and conservative media outlets, such as the Wall Street Journal, called out Trump. But where were all the other Republican eunuchs? I mean…really?! Mitchey. Marco and Rick Scott, the gutless wonders from Florida running for cover. Mike Pence, who blasphemes by calling himself a Christian. And the list goes on and on and on.

What is so sickening about their silence is that it helps Trump divert attention from his total amorality and incompetence. 100,000 dead and counting. The petulant child cries Wah-Wah, stomps his bone-spurred feet that he doesn’t want to wear a mask. His ever so ignorant followers think he is the man. They are idiots. He cares nothing about them. He’s suckering them into risking their lives at the same time he is cowardly doing the exact opposite for himself. Why? His ultimate failure in ethics and competence: 100,000. He’ll do anything, and I do mean anything, to try and make people forget how pathetic he is.