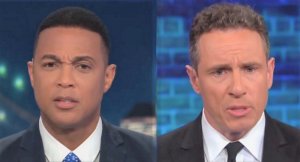 CNN was an incredible idea from the singular Ted Turner. He and the network were light years ahead of other news organizations. I remember in the pre-internet age when you could flip on CNN anytime of the day and watch events unfold in real time in places like Iraq or Lebanon. CNN also had a solid core of journalists, such as the incomparable Judy Woodruff and the voice of God, anchor Bernard Shaw. But those days are long gone.

Today we get a bunch of bloviators. With the possible exception of Wolf Blitzer, every other news host at CNN is all about their brand, playing to the base. Hey, Mr. Zucker, the top dog at CNN, we don’t need to be told how to think; we need news, unvarnished.

Unlike Fox News, the general public used to turn to CNN for real news, not endless pontificating. With Fox you knew you were entering the echo chamber of the far right. Now, because the journalistic standards at CNN have so devolved, it is now no more than just another niche’ television network.

Journalism is a sacred trust. You violate that trust and it’s over. Watching the overly emotive Chris Cuomo and Don Lemon, one knows their theatrics are not about journalism. They have become apologists for the violent and the irresponsible. As opposed to Fox News, we expected so much more from them, from CNN.