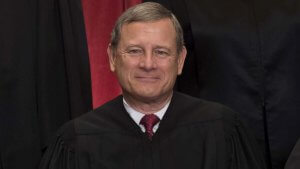 Biased liberals have consistently found fault with Chief Justice John Roberts, since he doesn’t rubber stamp their “progressive” goals. This group of liberals includes some so-called journalists supposedly reporting on the Supreme Court, but in reality are endlessly opining on it. In part, this has contributed to the echo chamber culture in which we live, a culture where all too often we don’t seek real knowledge and insight; we seek reinforcement. There is no better antidote for this toxicity than Chief Justice John Roberts.

He stepped into the Republican war on Obamacare and saved it. He ruled against Trump’s attempt to add a citizenship question to the Census. He has upheld laws that protect the rights of LGBTQ workers. And today he led the 7-2 majority that basically reaffirmed that no president is above the law, as the current occupant of the White House attempted to memorialize his twisted belief that he was all but immune from the law of the land.

Some Republican politicians are livid….what good is it to appoint judges if they end up having fealty to the law and not to the GOP? And isn’t that exactly the point? Liberals have always had issues with Roberts and now the conservatives do as well. This strikes me as testimony to the wisdom and statesmanship of Chief Justice John Roberts. He is exactly what a chief justice should be. Which is important always, but especially so in a time when the petulant child is the exact opposite of what a president should be.