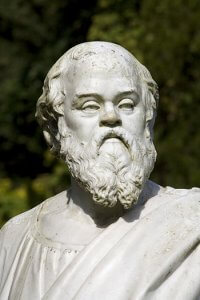 The truth. It’s always easier to call out others on their missteps than admit your own. So let me begin this post with my dead-wrong assessment of Karen Bass as the ideal running mate for Joe Biden. I was ok with her comments about Castro. It wasn’t as if she embraced him; it was more her showing empathy to Cubans who, for whatever reason, revered the thug. But when positive statements about the Church of Scientology surfaced…sorry, it’s over. Ms Bass will stay in Congress.

I’ve also been wrong on my predictions, most notably that of Amy Klobuchar as president, then vice president. That said, I still stand in full support of Amy K. She would have been a great, unifying president, just as Biden will be.

Speaking of Biden, I couldn’t have been more wrong when the primary season began. I pointed out, factually so, his advanced age and the fact that he had never been able to put together a strong run for the White House in his earlier attempts. He had no chance. Alas, life changes in ways we could never predict. Now, the country needs reassurance, calm, peace, unity of purpose and who better to provide this than Uncle Joe?

As I have definitely made some wrong calls, I have also made some right ones.

White Evangelicals have some serious explaining to do on exactly how they can embrace the ultimate antithesis of Jesus and his teachings. Holy men and women are humble in that which they don’t know, and remorseful that they haven’t lived up to a moral and ethical code so eloquently lived by Jesus. But many current day white Evangelicals are all about this world. They commit the very real sacrilege of prostituting faith to advance their bigotry. There is no greater sin.

The seeds of this racist wing of the GOP began with Nixon’s southern strategy. His law and order edicts were whistle calls to the racists. And so a pivotal portion of votes for Republicans came from racists. The good George W. Bush and the good Mitt Romney were and are on the opposite end of spectrum of racism. (Mitt’s dad, George — a governor of Michigan, was incredibly principled; he was a fervent supporter of civil rights ) But in order to win, they could never directly call out their racist supporters. The result? An actively racist president, the leader of the GOP.

Democrats and abortion. The abortion absolutists, from the far left, have totally taken oven the Democrat Party. The ugly, bottom line is that if you are a Democrat you can’t question the abortion of third trimester fetuses, babies or potential life. (You make the call) Very sick. Very much off the radar.

Republicans and the unemployed. Callousness. Why were they so willing to give $2 million to corporations and the 1%? And, now, why they are so reticent to provide funds to the neediest among us?