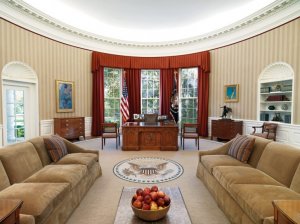 The magic number of electoral votes needed to win the presidency is 270. Currently, in the all-but-certain category for Biden is 218 with California (55), New York (29) and Illinois (20) being the top three. The remainder in the all-but-certain category for Biden consists of northeast states, plus Colorado, New Mexico, District of Columbia and Hawaii.

Meanwhile, Trump’s support is rock solid in most of the more rural and sparsely populated states, such as the Dakotas, Kansas, Nebraska, Montana, Idaho and West Virginia, plus more populated states of Indiana, Alabama, Kentucky and Missouri. These states will account for 125 electoral votes. Texas and its 38 electoral votes are still considered somewhat in play this election. But the reality is that Texas hasn’t voted for a Democratic presidential candidate since Jimmy Carter in 1976. Should Texas actually go for Biden, we’re talking a cataclysmic wipe-out for the GOP. This is not impossible, but doesn’t seem probable either, especially with Biden’s pick of Kamala Harris for running mate. She doesn’t help him in Texas, whereas the war hero Senator Tammy Duckworth likely would have.

In the fairly certain category for Biden is Pennsylvania (20), Michigan (16), Minnesota (10) and Wisconsin (10). This would add another 56 electoral votes to Biden’s total, which would then be 274 electoral votes…4 more than the 270 needed. In these states, a Biden-Harris ticket, no doubt bolstered by Obama, should be able to attract a greater African American turnout than Hillary Clinton did in 2016, a turnout which led to her demise.

Also heartening for Biden is that he has been ahead in the polls in the pivotal state of Florida, with its 29 electoral votes, and Arizona, with its 9 electoral votes. With the former, Harris has the chance to energize the oft-forgotten vote of immigrants from the West Indies, especially when considering how increasingly unpopular Florida GOP Governor DeSantis has become. This is due to his premature victory dance over Covid-19, mocking states that put restrictions in place, only to have his state soar to #5 in most virus-related deaths in the country with close to 9,500. Likewise, the latter — Arizona, has been undergoing an increasingly major demographic change throughout the past decade, a change that will only help the Democrats. Lastly, New Hampshire, 4 electoral votes, is also leaning strongly for Biden. This would add another 42 electoral votes, catapulting Biden’s total to 316.

Currently, North Carolina (15) is a toss-up. Ohio (18), Georgia (16) and Iowa (6) are still leaning toward Trump but are not locks. If by some chance Biden can win all three, that would net him another 49 electoral votes for a total of 365, the same number Obama received in 2008. Winning with 375 electoral votes or more is considered a landslide.

Even with all the obstructionism of Trump, by his trying to cripple the United States Postal Service and by his ongoing lies about mail-in ballots being fraudulent (the type he has used for years), at least 218 of the 270 electoral college votes needed are already decided in Biden’s favor. This means that going into election night, Biden needs to secure just 52 additional electoral college votes. With Biden now polling ahead in states by a cumulative total of an additional 106 electoral votes more than the 212 that are already a lock, it is difficult to imagine that we won’t have a definitive decision in Biden’s favor by the end of the day on November 3rd.