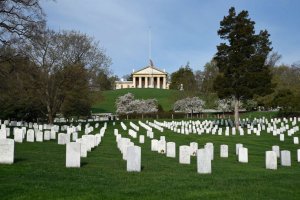 Back in 1987, early in my professional career, I landed a dream job. I became part of the marketing team at the iconic and singular Arlington Park, northwest of Chicago. Arlington was a magical place my Dad would take me as a kid, along with treks to Comiskey Park for White Sox games. For perspective, Arlington had hosted Citation, John Henry and Secretariat. But its future was in peril.

After a catastrophic fire in 1985, Richard Duchossois, then a part owner, made the quixotic decision to buy out the other owners and build what is arguably the most beautiful chapel in the world for Thoroughbred racing. I don’t claim enough knowledge to know if this purchase had a lot to do with Richard’s son, Bruce, a very good person and lover of horses. But what made it truly special beyond its physical beauty was the community it embraced. Racing fans, media, Arlington staff, town’s residents, everyone, loved Arlington. It was transcendent. Somehow, this place was home for a huge and diverse group. It brought us together in common cause.

Common Cause. After being hired at Arlington, I began to learn more about Mr. D. well beyond racing. He was incredibly detailed oriented. “Don’t expect what you don’t inspect.” I also learned how he had been a Major during World War II and was part of the Normandy invasion.

I remember on my one flight to Paris with him on his Gulfstream, as we crossed the coastline, I asked this detail-centric man what Normandy was like. He said it was total chaos, no one knew exactly where they were. What an insight that provided. After all the planning, war remains war and everyone is all in for highest stakes poker game ever.

I recount this story because Mr. D wanted me to put together a military ceremony at Arlington Park in 1990. By this time he was in his upper 60s, had more money than God, had exquisite taste in architecture and fashion, and an affection for royalty. No detail was too minor for him. Everything, I mean, everything, had to be of the highest quality. Having grown up with the wealthy on the North Shore of Chicago, I got that. But not everything.

Here’s what I didn’t get at first. The military ceremony I put together begins and a “ragtag” group of Vietnam veterans begins marching down the racetrack at Arlington Park. After all Mr. D’s attention to detail and to quality, I mistakenly projected Mr. D wanted everyone in this tribute to the military and patriotism to be decked out in their finest. But the opposite was happening. These warriors, from a disrespected war, were who they were. Real. Unvarnished. Beaten down, if not broken.

There was a silence over the crowd as this group of veterans ambled down the track. As I looked behind me, to Mr. D, I almost expected an admonition….where was all the pageantry? The military might?

Instead, Mr. D said nothing. In short, this was a moment when only those who serve, who put their lives on the line for us, will ever truly understand. Absolutely no judgment. Mr. D, the Vietnam vets. Brothers. That’s what I didn’t get at first, that strong bond of ethics and sacrifice. A code. They know it. We can only imagine.

Today we heard some accounts that Trump disparaged war veterans, calling them losers and suckers. We also know he spoke of Senator John McCain as a “loser”. And then I think of the Vietnam veterans of the most unpopular war and how, in time, our country embraced them and their sacrifice. That’s who we really are. That’s who we have always been.