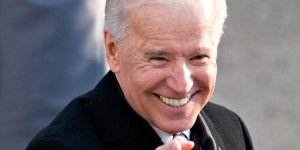 Out of the five states not yet called – Arizona, Georgia, Nevada, North Carolina and Pennsylvania – Biden is the odds-on favorite to win in each except North Carolina. This would push Biden’s electoral vote count to 306, as his popular vote win will be in excess of 4,000,000.

It is also likely that both of the Georgia Senate races will proceed to runoffs in early January. Currently, the Republicans have 50 senators and the Democrats 48. So there is still a chance for Biden to have a Democrat-controlled Senate when he is inaugurated in that ties in the Senate are broken by the Vice President.

The importance of controlling the Senate can’t be underestimated. With Republicans in control there will be no answer to the ills of the Supreme Court. After all, what would keep McConnell from again refusing to have a vote should there be a vacancy on the Supreme Court? Likewise, there will be no fixing a political system that has devolved into the majority being continually thwarted by the minority.

But all is not lost. It is now time to realize that we will no longer have to react to the whiner Trump. No doubt he’ll continue his hissy fits past the time his frivolous legal maneuvers crash and burn. But there really is no reason to respond, no reason to continue to provide oxygen to the petulant child. And now, with no Justice Department to protect him, it is time for Trump to be brought to justice.

Meanwhile, if there is solace in Biden winning the White House, as there should be, the fact is the Democrats badly underperformed. For instance, somewhat off the radar, is the success of Republicans in preventing Democrats from winning statehouses. This translates into the GOP being able to draw legislative maps that serve their interests in Congressional seats over the next decade.

It’s also a mixed bag when it comes to shifting demographics helping the Democrats. On the negative side, Florida became even redder, Texas was easily won again by the Republicans and North Carolina didn’t turn blue in any way.

However, there was good news for Democrats in Arizona and Georgia. This good news will likely not be a fluke. It seems that both states are only going to get bluer with each passing election.

Even though the voting hasn’t even been completed for 2020, and as exhausted as most are from this hellish election, 2022 is already looming large. In this year, there will be 34 Senate seats up for grabs; 12 Democrat and 24 Republican. The fun never stops.