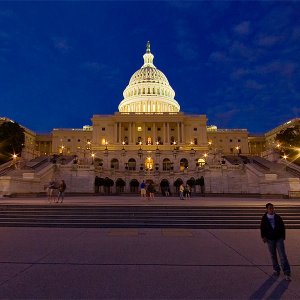 Until today, I had not published a story since November 18th. After four years of my continuing shock that tens of millions of Americans would back such a transparently unethical, unAmerican despot wannabe, when he lost the election, the adrenaline gave way to exhaustion. Like many Americans, I had not had one day of peace since Trump was elected. You see, if you still hold that some things in our country are sacred, such as the rule of law and free elections, you were pummeled each and every day by Trump and his eager enablers desecrating these tenets of democracy.

My last story was entitled “Greatest Generation, Sorriest Generation”. As I reread that story today, after the disgrace of the Trump mob trying to overturn a free election by storming the Capitol (I mean, seriously, think of that reality), I more fully appreciated the contrast between these two generations. I also realized that the battle between the essence of these two generations will define, in an absolute sense, what America will be going forward.

There might be some solace in that the amoral opportunists of the Republican Party were exposed for the hypocrites that they are. There is no better example of this than George Will’s evisceration of Trump, Hawley and Cruz. If one story about yesterday were to be placed in a time vault for future generations to read, Will’s would be the one. But this sliver of solace emanating from righteous indignation pales in comparison to the cancer that remains in the body politic.

Think of it this way. It took a Trump mob on Capitol Hill to finally force politicians like Mike Pence and Lindsey Graham to begin to distance themselves from their dear leader. Sorry, Mike and Lindsey, way too little and way too late. And it’s not being cynical to believe this distancing would never have materialized if there was not political advantage to it.

Sweet Lindsey was a most harsh Trump critic. But then Trump won and Graham’s protector, John McCain, died. Lindsey pulled a 180 and became the staunchest defender of the petulant child. Yesterday, with principles embedded in sand, Graham pulled another 180 as he jumped on the bandwagon of history decrying the assault on our democracy. Not exactly a profile in courage.

But what is most troublesome in the country isn’t these extreme examples of amoral cowardice. It is the electorate. Part of this electorate, mostly white and many who have been winners in American capitalism, decided there was an alternative reality, a reality more comforting to their worldview. Through the years they have created a monolithic mainstream media in their minds as they listened to the anti-intellectual, psychologically challenged talk show hosts on Fox News.

I abhor intellectual laziness and there is no better example of this laziness than the cry of “fake news”. Don’t get me wrong. CNN has been journalistically challenged for decades. Likewise, MSNBC does not truly present news; they provide ongoing liberal perspectives. But if the electorate decided to read, they would find superb reporting from the journalists of the Wall Street Journal, New York Times, the Economist and the Washington Post, to name a few. But large swaths of the American electorate choose an echo chamber.

Another large portion of Americans have all but close to total apathy when it comes to civics. Part of the blame for this lies squarely on educators. Somewhere along the way they decided history simply wasn’t all that important. Basic understanding of how our government and Constitution were formed is lost on the majority of Americans. As we’ve seen with Trump, ignorance is antithetical to freedom and democracy and that democracy is fragile.

The most dispiriting part of the 2020 campaign was how many found it easy to be moral relativists. With little, if any, intellectual rigor, many equated both parties. At this unique time in our nation’s history, these people were wrong, dead wrong. We do ourselves great harm by trying to appease individuals with this political sickness. Racism is not an acceptable life choice. Adhering to the rule of law is not a preference, it is a necessity.

This country has a whole lot of work ahead of it. But this year actually begins with some tailwinds. Whether or not you like his stances on various policies, Biden is a calmer of storms, an empathetic uncle who sees the value in each of our lives.

We have a sea change in Georgia and, accordingly, the United States with the first Black senator elected in a state of the former Confederacy. I would not consider myself a liberal, but there is something heartening about Georgia going blue. It reminds us that our country has a horrific legacy of slavery and Jim Crow, but that there is hope for our country to heal.