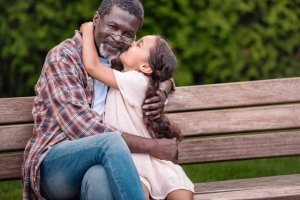 It is very disturbing for many of us to see the dereliction of duty by scores of Republicans, as we also cherish those Republicans who have performed their duties so admirably under intense pressure by the anti-American forces that were beholden to a reality tv thug rather than the Constitution of the United States. (Think, state officials in Arizona and Georgia.) But, I guess, we need to be clear-eyed about the United States. There has always been a powerful push here against democracy by some when their preferences were not being embraced by the majority. There has always been the reality that this country prospered on the subjugation of an entire race. If we are honest with ourselves, the exceptionalism we have ascribed to our country is an idealized, romantic myth. Today it’s not so important where we are but where we will go. Possibly, Trump acting out all the ugliness that was lingering beneath the surface of our country will provide an opportunity for a genuine cleansing of the inherent hate.

“Humans”. A poignant, declarative name for a book by Brandon Stanton. It will introduce, or re-acquaint, you to simple, yet profound, truths of what we all share, what we all are at our core. This description I provide is so weak, so cliche, even if true. Just read the book. Exceptional. It will make you a better, loving person.

I struggle with abortion. If we were all perfect human beings, we would all follow the mantra of taking the morally safer course. If this indeed was the case, there would be almost no abortion because that living organism within just might be real human life. (There would also be no racism or sexism.) But the obvious fact is that we are all far from perfect.

On the one hand, when an expectant mother is killed, we refer to her “unborn baby”. But when a woman aborts whatever we want to term what’s inside of her, there is rarely a reference to a baby. It seems we’re allowing one human being to decide if the living being within her is worthy of continued life or extinction.

Would we do the same if this living being was outside of the woman who gave her or him life? We know, for instance in China, that infanticide has been widespread. And this infanticide was all about the extinction of female infants. (I wonder what NARAL’s position is on this.) Likewise, in Iceland, the country has been proudly hellbent on eradicating Down Syndrome people. How very civilized to kill off those that don’t meet your standards.

And so I look at the world and see all of these competing forces, everyone trying to stake out a claim on truth, which is usually not all that much more than promoting one’s self interest. If we could just be honest about our limitations, our fallibility, as opposed to being so goddam, self-righteously strident. Why is it so difficult to understand that we all want to be loved, accepted?