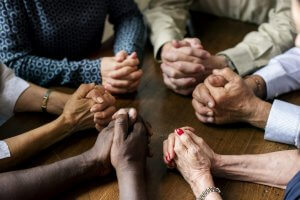 To say the least, my political prognostications have not exactly hit the mark over the past five years. In 2016, I just couldn’t believe that almost all Republicans and a sizeable number of swing voters could possibly vote for Trump. Oh, well.

In 2020, I was cautiously optimistic that Joe Biden would win, the House Democrats would increase their majority and that the Democrats would have the majority in the Senate by three or four seats. Oh, well. Again.

That said, as superstitious and even as defeatist I’ve become, I still don’t see a path for the Republican Party, whatever that is, to somehow gain power in 2022.

It seems that the core of Republicans who have stood up to Trump and his lemmings are only deepening their resolve. Make no mistake, they are in the minority of what used to be the party of Lincoln. (Think of that. Abraham Lincoln? Donald Trump? Abe would lose to Trump in a primary today. That’s how sick the Republicans are.) But even if the never-Trump (or sane, patriotic) faction of the GOP represents just 10% of what was already a party getting crushed by Democrats in the popular vote, they will deliver a death blow to many Republican candidates in 2022.

Likewise, as it’s best not to be overly confident about predicting the economy, most economists believe there could be massive economic growth over the next two years. In addition, Biden’s been around long enough not to sacrifice the health of the country in order to be bipartisan with a party that does not know the meaning of the term. So Biden is going forward with his $1.9 trillion rescue/stimulus bill, with the majority of that money directed at those who really need it. Much to the dismay of the Trump Republicans, most Republicans love the bill.